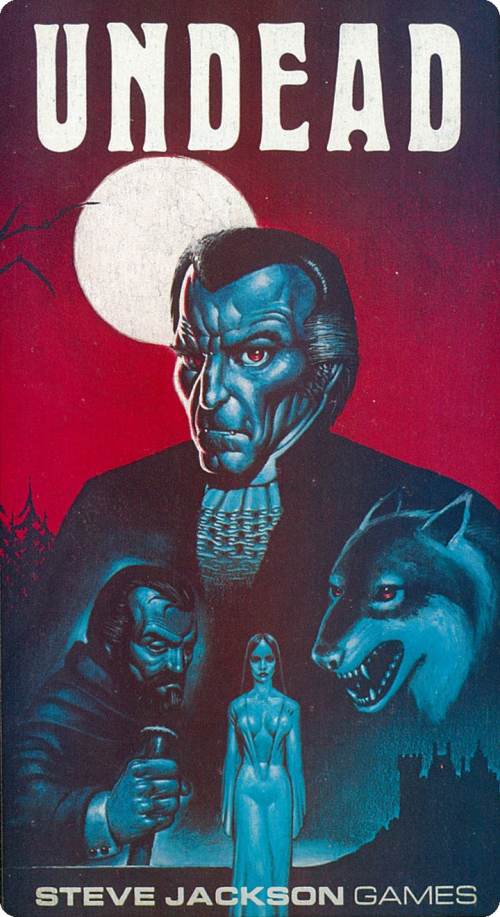 A VAMPIRE IS STALKING LONDON!

You have the power to change shapes – wolf, bat, mist. You can command the creatures of the night. You are Prince of the Undead, strong and clever . . . and you have come to London for blood.

Or you can try to hunt him down.

Undead is two games in one. It can be a board game for two players – or a game-mastered roleplaying adventure for three to six or more. Either way, it’s a battle of wits. Dracula must protect his coffins and drink enough blood to keep hi strength high. The vampire hunters must find and smash his coffins . . . locate his victims and try to drive him away . . . recruit more help . . . and try to alert London to the terrible menace of the Undead! 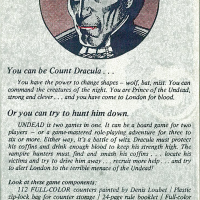