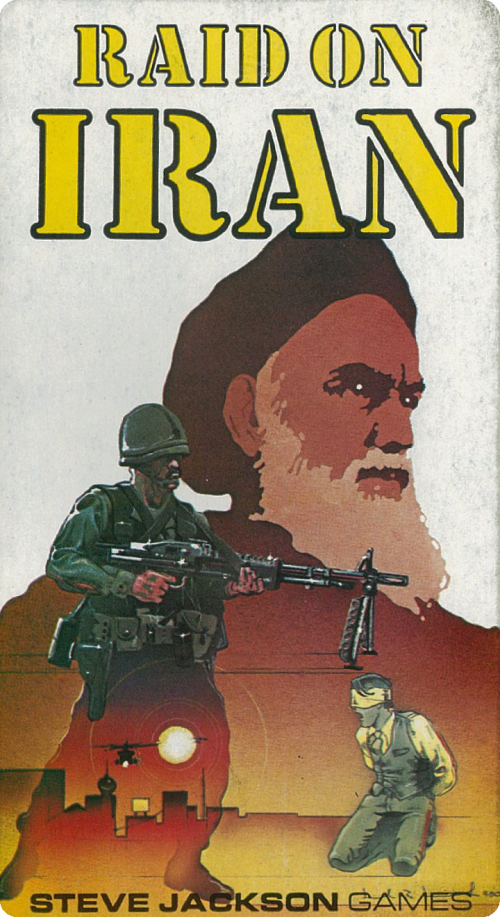 On April 24, 1980, the United States launched a rescue mission to free 53 hostages held captive in Iran. Three helicopters failed on the way. The mission was aborted. What if it had gone in?

Raid on Iran is a simulation of what might have been . . . if the rescue mission had reached Teheran. The American commandos must find and free the embassy hostages – while holding off Iranian mobs and militants – and get them safely to the helicopters.

An alternate scenario* examines the possibility that commandos might have tried to abduct the Ayatollah Khomeini himself . . . to exchange him for the hostages!

*This scenario can be played in just 15 to 30 minutes. 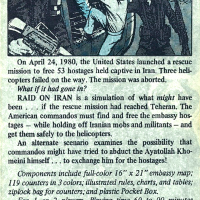