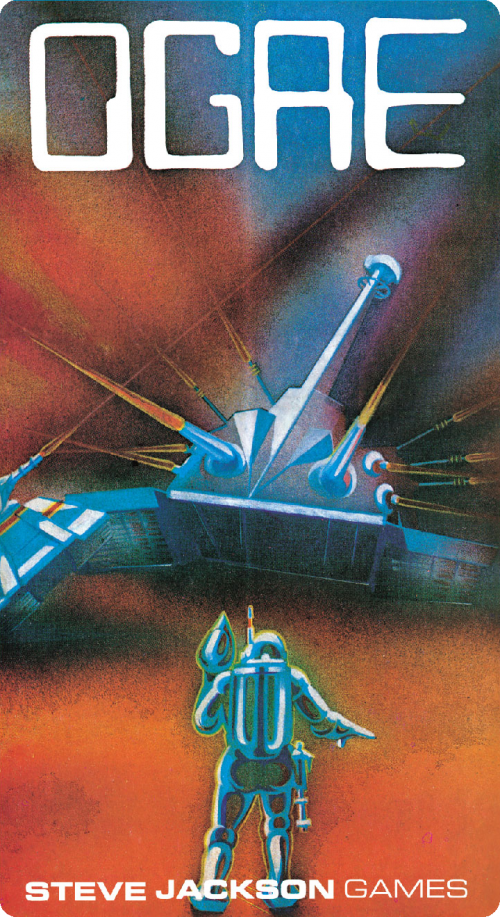 The command post is well guarded. Tanks, armed hovercraft, missile cannon, infantrymen in powered armor – all with one job: to defend that vital spot. Your mission is to go in and destroy it. Alone.

But when those defenders see you, they’ll wish they were somewhere else. Because you’re not a man. You’re a thinking machine – the deadliest device on any battlefield. You’re the Ogre.

Ogre is a tactical ground combat game set in the next century. In 2085 A.D., armored warfare continues – faster and deadlier than ever. Hovercraft, tanks, and infantry slug it out with tactical nuclear devices. But the most feared weapon of all needs no human guidance. It’s the giant cybernetic tank called the Ogre.

The basic version of Ogre gives one player a force of infantry and armor, and a command post he must defend. The other player has only one unit – but it’s an Ogre. It’s an even match. Advanced games allow solitaire or multi-player action – with Ogres on both sides. Optional rules include concealed units, mines, and self-destruct. 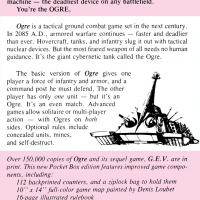