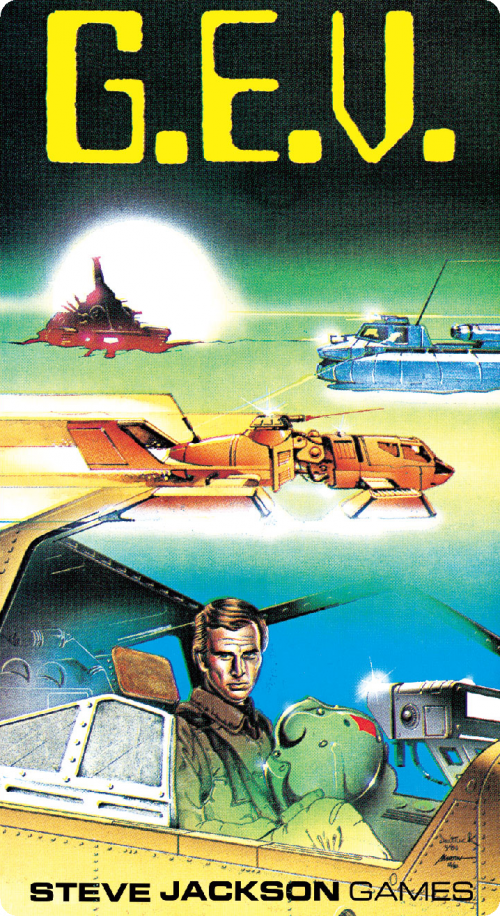 From the World of Ogre

In the year 2085, a tank duel lasts only seconds. An entire battle ends in minutes. Nuke-firing infantrymen dodge across the battleground in powered suits, trying to come to grips with the enemy armor. And those armor units, both tanks and hovercraft, are deadly. Only a direct hit will take one out . . . a miss may stun the crew, but their machine will keep trying to kill you!

G.E.V., the sequel to Ogre, adds more detail to this fast-moving simulation of armored combat a century from now. G.E.V. is a new game – but it’s wholly compatible with Ogre. Stacking and terrain rules, new unit types, the Mark IV Ogre, and more . . . scenarios include Raid, Breakthrough, Ceasefire Collapse, and The Train. And within hours, you’ll be inventing your own! 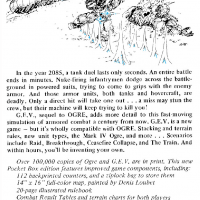