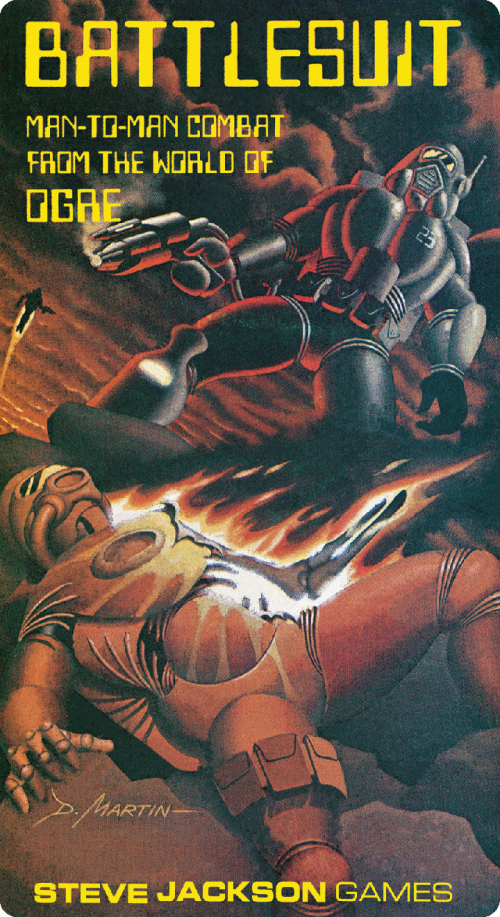 Man-to-Man Combat from the World of Ogre

Battlesuit is a sequel to the best-selling Ogre. But where Ogre tells the story of the supertanks of the far future, Battlesuit is man-to-man combat. Each unit represents a single fighting man in his powered armor. Extra-large counters are provided for four types of suit, four levels of damaged suit, and three types of drone. PANIC and JUMP chits are also included. 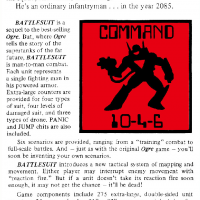