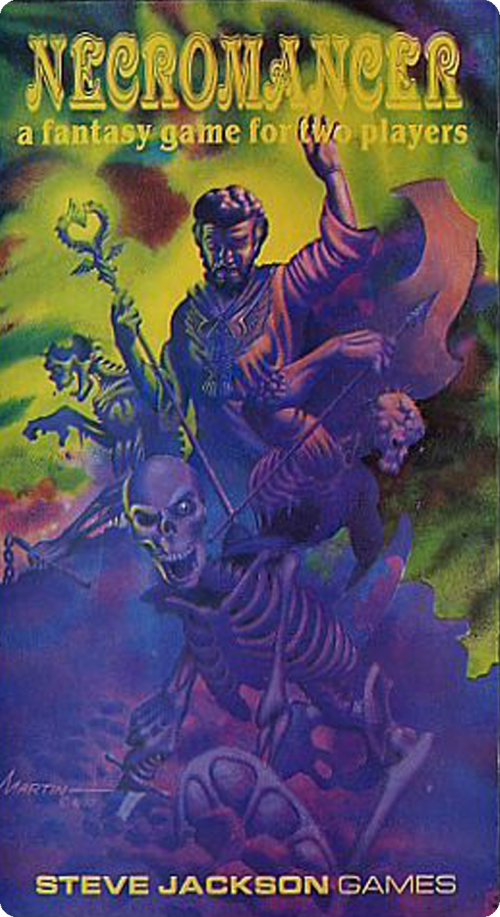 THE ARMIES OF THE DEAD

The rocks of the valley were cruel, but the soldiers made no complaint. Indeed, few of them had voices with which to protest. The wizard’s troops were beyond pain or fear of death. They were already dead.

Necromancer is a fantasy game for two players.

Each player becomes a Necromancer – a powerful wizard controlling the forces of the undead. As their skeletons and zombies battle, the Necromancers use their powers to take control of enemy units! The goal: to find the mystic Jewels of Power – and destroy the enemy Necromancer.

A unique combat system varies the power of a player’s troops according to the number of units he controls; the more undead you control, the weaker each unit is. All counters are back-printed, since any unit may change sides. 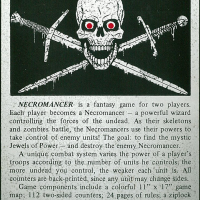