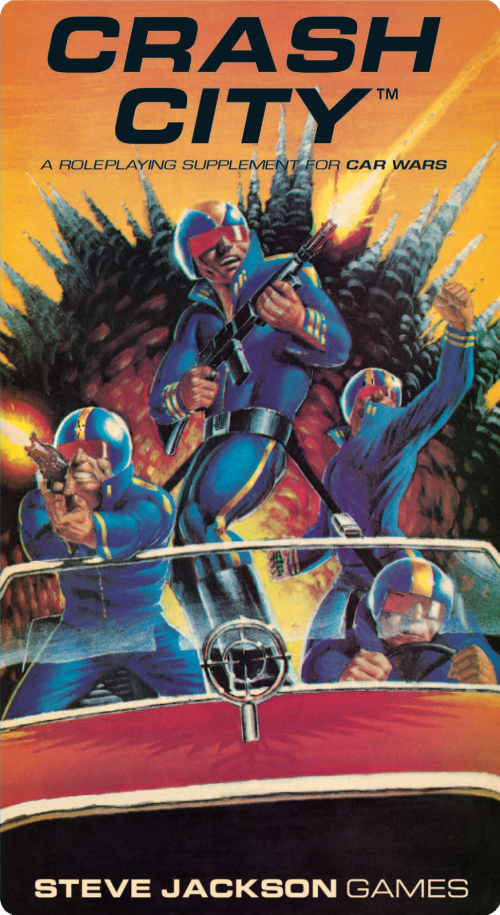 A roleplaying supplement for Car Wars.

There’s never a dull moment in Midville. Between the local autoduellists, the trigger-happy pedestrian group called the MONDOs, and the heavily-armed police, life can get pretty exciting. As if that weren’t enough, the local cycle gang – Black Jesse’s Crusaders – would like nothing better than to burn the town to the ground.

Crash City is a Car Wars supplement (you will need the original Car Wars rules to play.) The game goes best with three to six players. Two scenarios are supplied, and players can easily invent their own scenarios using the 42” x 32” Midville street map.

Crash City was originally published in the Space Gamer magazine as an article named "Sunday Drivers". It was later published as a full Car Wars supplement under the same name and later this supplement was renamed Crash City. 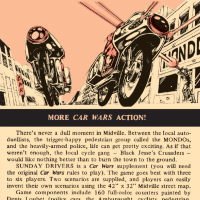