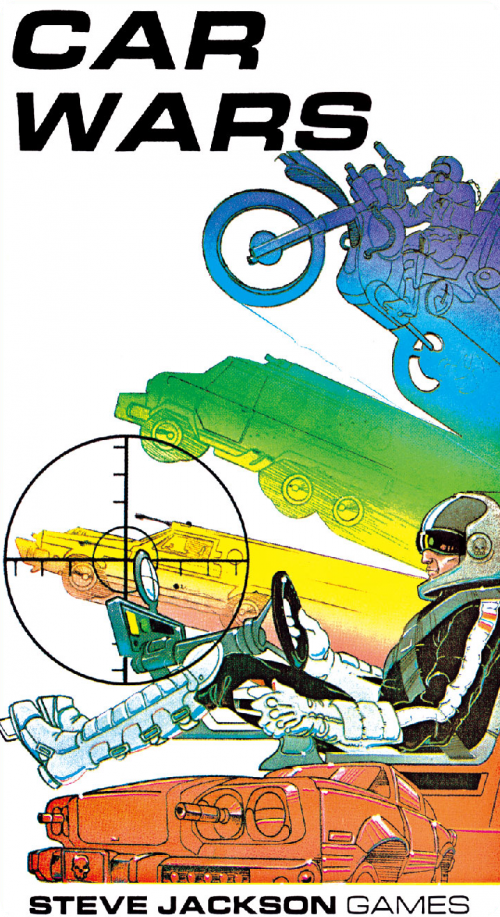 He triggered the rear guns once more. A direct hit! The blue car skidded as the driver lost control – then flipped and caught fire. That would teach HIM not to tailgate . . .

Car Wars is a game of the freeways of the future – where the right of way goes to the biggest guns. Players choose their vehicles – complete with weapons, armor, power plants, suspension, and even body style. Then they take them out on the road –  to come home “aces,” or to crash and burn. A highly realistic grid system controls movements. If a player’s character survives, his abilities improve, and he can accumulate money to buy bigger and better cars. Advanced rules let players design their own cars (and trucks and cycles.) 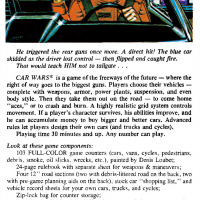