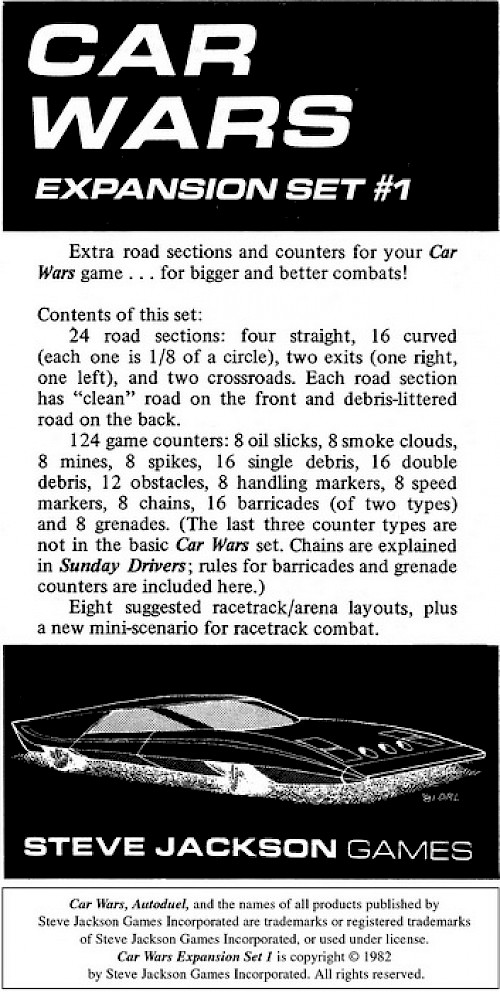 Extra road sections and counters for your Car Wars game . . . for bigger and better combats!

This is not a standalone game.