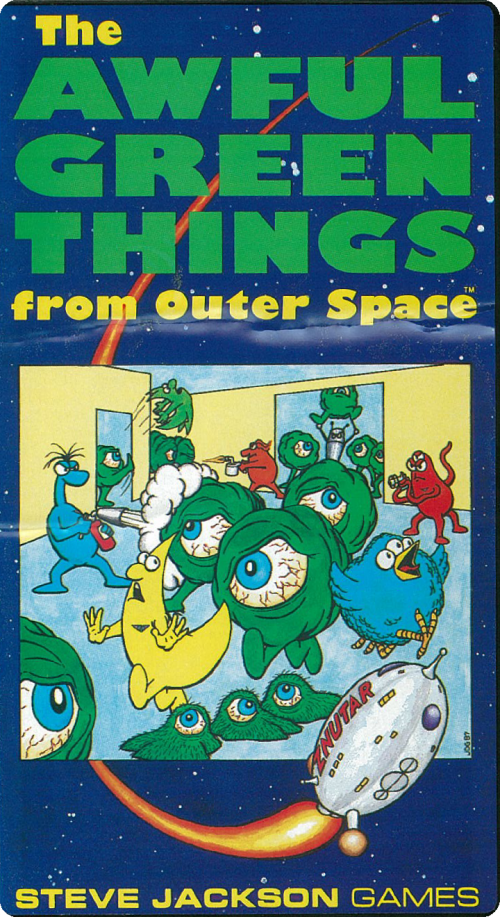 The crew of the exploration ship Znutar just wanted to cruise around the Galaxy, discovering strange new worlds and playing pool. But then their ship was invaded by the Awful Green Things . . . and suddenly they were fighting for their lives!

In this wacky two-player game, one player controls the Awful Green Things. They grow and multiply every turn – especially if they can gobble up a crew member! The other player commands the crew, frantically trying weapon after weapon (pool sticks, fire extinguishers, cans of Zgwortz) to find something that kills the monsters.

This classic game by Tom Wham first appeared in Dragon Magazine in 1980, and has been a fan favorite ever since! 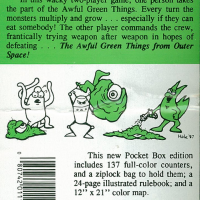